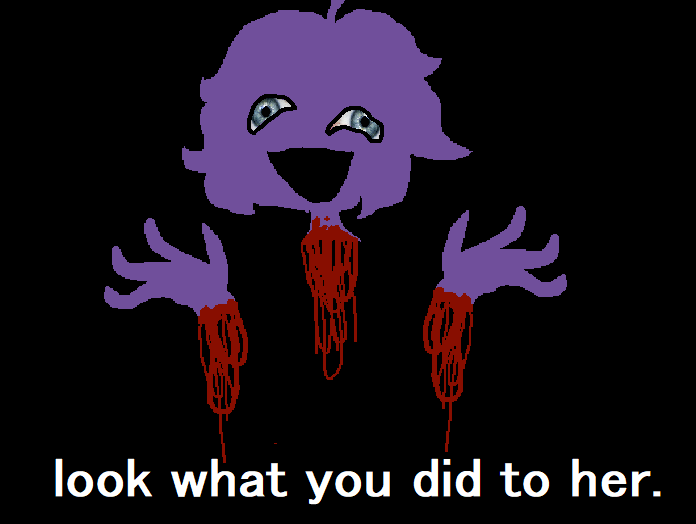 That was, until she met Stephanie Stevens. A girl online who simply wanted to make friends. She taught Othi many things, including that it's okay to be yourself. This led to Othi meeting Lucille a couple of months after Stephanie left. They started out as online friends, but began to get closer. Despite Lucille living in Mississippi, she still somehow managed to appear at Othi's door a couple times every month. Othi joined the Deity in Death cult surrounding Lucille and Stephanie, and volunteered with Raine to test the R053 pills.

This resulted in an added identity, Porcelain Meadows, with her own memories and opinions. When the cult found out about Lucille's lies, Othi ran away with Lucille and Pluvio. Safety in numbers, she guessed. Then she was killed by a white creature that Lucille had somehow provoked. Despite this, the memory of her was strong enough to keep her alive as both a tulpa and corruptelam. She now suffers from manic episodes. Something is in her head. It's like a worm seeding into her, taking control. It knows what it wants, and it is not for Othi to have control of this vessel.