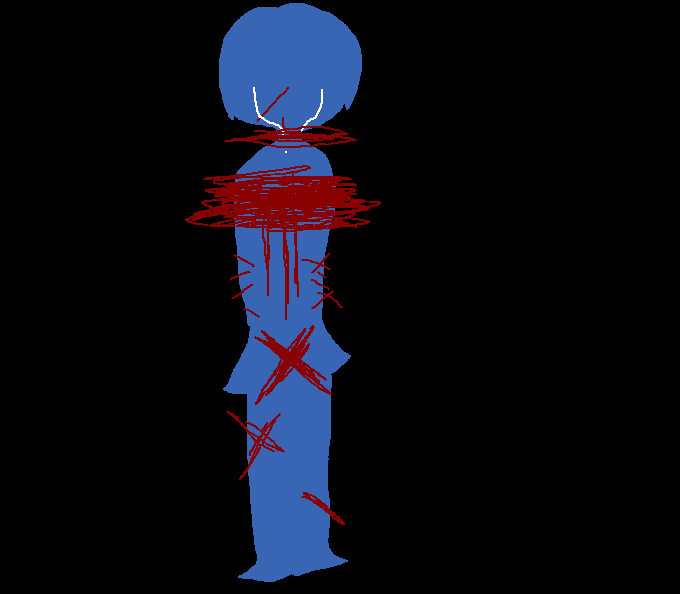 Lucille Daffadyl Asterisk, formerly Jessica Azalea Lawson, is a Nightmare. Her current host, Jessica, was born in 2003 in Meridian, Mississippi, and her memories started just a few days after Hurricane Katrina. Her parents died in a car accident when she was 10, leaving her to be raised by her two older siblings, Michael and Sarah. Michael ran off to pursue his passion of paranormal research, but was later found impaled on a branch in Yellowstone National Park, with large tears in his sides. Jessica soon found out about Stephanie Stevens, and began researching a lot. With Sarah being drunk all the time, it was easy for Jessica to do stuff without being watched. She decided to change her name to Lucille and dye her hair rainbow, just because she was so dedicated to creating a persona just like Stephanie. However, this was not due to her obsession. This was due to an entity calling itself Lucille, which had begun inhabiting Jessica's mind.

Lucille then found the online community surrounding SLS, including imnotevenrealami, Raine Evans, and Roxy "Othi" Meadows. She saw how much people loved Stephanie, but also how much people hated her. She thought that anyone who didn't want to become Stephanie wouldn't ever get the chance to have a happy life, and that they didn't deserve to live in sorrow. So, she started a cult surrounding Stephanie, involving a mythos that has not yet been recovered. Raine soon found out a way to make people truly become Stephanie. A small pill called R053.

R053 is programmed to overwrite the current brain with a new identity that can be trained to be obedient. Raine and Roxy volunteered to test the pills, resulting in Raine being overwritten by Nicole Pluviophile and Toshiba "Deafanie" Stevens. Roxy, however, was not overwritten. Added to her brain was Porcelain, who acts more like Satsuki than Stephanie. The cult soon found out Lucille was lying about mostly everything, but by then she had dropped off the map, along with Pluvio and Roxy. They went to Roxy's house for the night, before Lucille was visited in her sleep by a white creature sitting at the foot of the bed. It whispered three names. "Jessica, Roxanne, Raine." She told it to fuck off, which angered it. It then killed the three of them. She has since returned to our world, as Jessica has become a corruptelam, similar to Roxy. And, honestly? She's just fucking around, because she's Lucille.